Thinking ahead and reflecting:  Group Day on “voestalpine 2025”

At the end of last week, on April 11 and 12, around 160 voestalpine executives headed to Linz for the Group Day, held under the self-explanatory motto: “voestalpine 2025”. The discussions revolved around the Group’s upcoming future, with inspiring input from guests including German philosopher Richard David Precht.

What are the challenges voestalpine is currently facing, and what can the Group expect to be confronted with over the years up to “voestalpine 2025”? That was one of the key topics of discussion at voestalpine Group Day 2019 at which the Group’s top managers from around the world met in Linz. CEO Wolfgang Eder opened the working program with a report on the state of the voestalpine Group, followed by an overview from the divisions. After a short update on digitalization processes within the Group, again provided by CEO Wolfgang Eder, for two hours attendees focused on the strategies for the Group and the individual divisions with respect to 2025.

A philosopher as the star guest

Early in the evening the venue shifted from the voestalpine Stahlwelt to the Design Center in the heart of Linz where the program included dinner preceded by a discussion with Richard David Precht, moderated by ORF TV journalist Martin Thür. The versatile German publicist and philosopher has deservedly earned his popular status in German-speaking countries. Precht understands, like few others, how to captivate his audience, using clear language to take them on an intellectual journey. And also because as a modern polymath, he considers all the major issues we are currently facing. 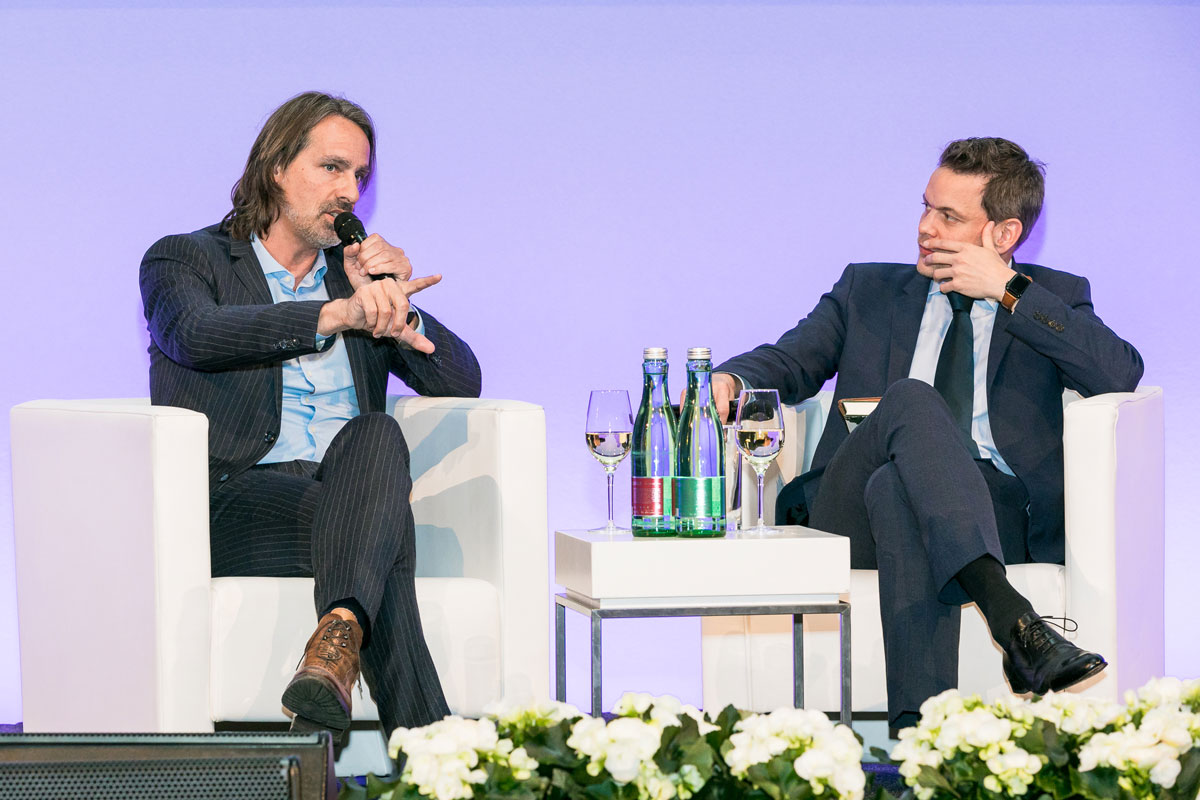 From digitalization to universal basic income

His latest book deals with digitalization which he believes is currently only in the starting blocks:

"We’re not even halfway into the digitalization process. We’ve only just done the necessary homework, and converted analogue data into digital data. The revolutionary aspect is not digitalization itself, but that in the future we will be dealing with machines which learn autonomously. It’s machine learning that’s the turning point, not the transfer of data."

On Thursday night, Precht once again advocated for a universal basic income: “There is no longer a future for Austrian and German social security systems. If only for demographic reasons, and as a result of digitalization, fewer and fewer people are paying into the system. The social security system can no longer be financed by taxing labor. In the future, we need a different system of taxation, and a universal basic income. Then unemployment will no longer be a stigma, and nor will it be socially explosive.”

Electromobility and an education campaign

One of Precht’s favorite topics, namely the future of Europe, was the focus of a keynote speech given at the start of Friday morning by German economist Marcel Fratzscher who researches intensively into the causes and consequences of growing economic inequality. The presentation given by Fratzscher, President of the Executive Board of the DIW Berlin (German Institute for Economic Research), on “Europe’s prospects in the era of populism and protectionism” offered an outlook on what will probably remain a strongly tumultuous future, which he expects will bring “several golden years” for the German economy:

"The shift to electromobility is a huge opportunity for the German and Austrian economies to become global market leaders in this field."

However, he believes Germany, like other countries, must reduce the dangerously high number of people in the low-wage sector, helping them gain qualifications “which allow them to meet the demand for skilled employees. Here politics must open up more opportunities for citizens, enable them to participate more actively, and also to better integrate immigrants.”

The car remains a steel product

Precht followed Magna Europe’s President Günther Apfalter whose 40-minute presentation to the Group Day participants analyzed and presented the automotive megatrends and came to a sobering conclusion: “Electromobility has a major role to play in the future, depending upon how we, the consumers, decide to use it. It represents a transition period on the path to other drive systems, such as the fuel cell.” Apfalter does not believe that voestalpine faces dramatic changes as a manufacturer of high-strength steels:

"Irrespective of drive type, and whether autonomous, nonautonomous, partly autonomous, or part of shared mobility, a large part of every vehicle will continue to be manufactured in steel."

Conclusion with an optimistic outlook

Following this input, top managers from the divisions outlined the ways and means of achieving the best possible operational excellence by 2025 and offered mutual feedback in the plenary session that followed. At the end of the two days, Wolfgang Eder and Herbert Eibensteiner summarized the topics which had been discussed and concluded the executive meeting with an optimistic outlook. 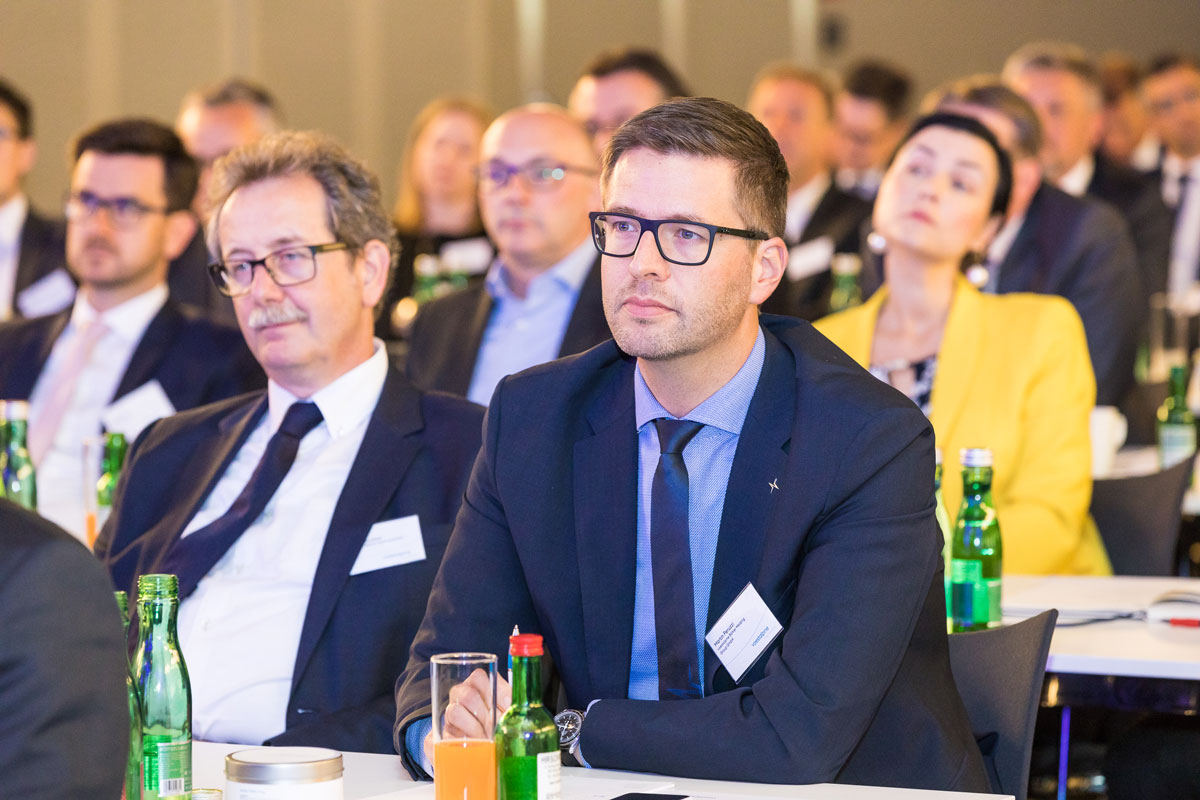 Holds editorial responsibility for blog topics, is researching and writing articles. Her stories give insights into the world of the voestalpine Group.
All posts Contact