The voestalpine HR Academy, which offers continued professional development for HR managers, was run for the second time between May 2017 and January 2018. However, it was the first time that the course had international participants.

A total of 14 employees from ten different countries on three continents came together in Austria and Spain over a total of 15 days in order to take part in the Group’s training program for HR managers. Five modules (see graphic) were taught in three seminar blocks, with each block run over several days. They were supplemented by online sessions and the chance for participants from the voestalpine companies around the world to come together, outside the seminar format, either in their own forum or in discussions with the trainers.

The HR Academy participants are taught five subject modules in the form of three units, with each unit run over several days and spread over the year.

Both participants and the Group itself are making great efforts to develop HR competences within voestalpine, and to strengthen the role of the HR managers in their own companies. 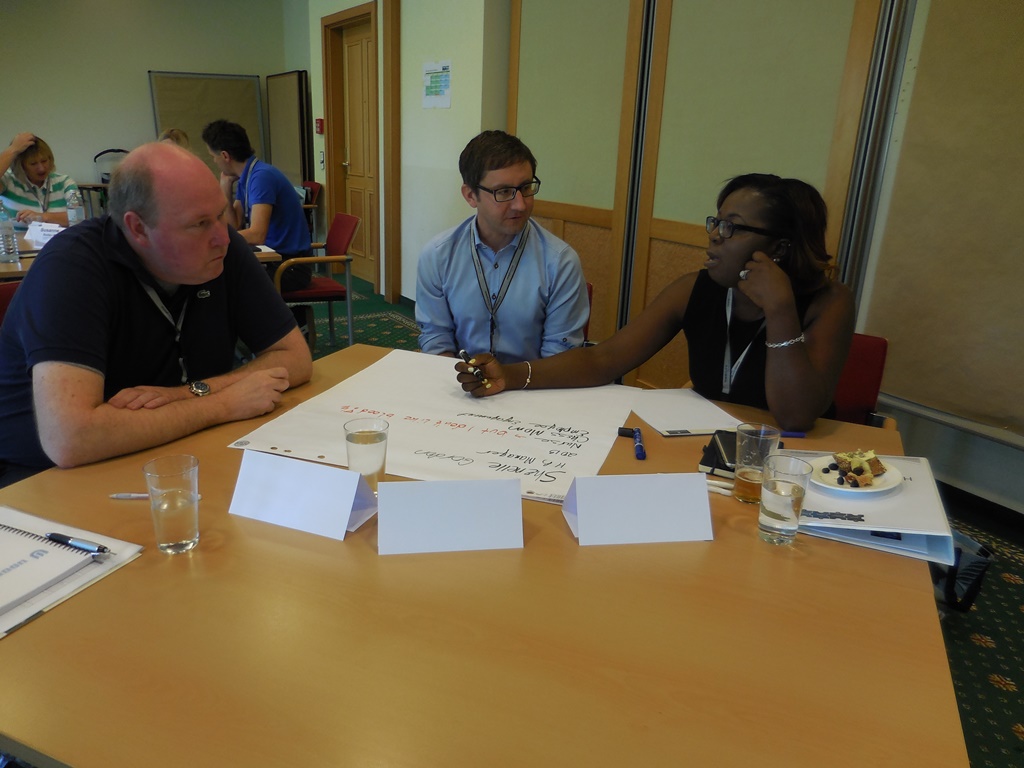 The training in Lower Austria offered an opportunity to discuss strategic HR topics.

The actual goal, explains Valeska Nassiri, is “to support today’s HR managers in their role as the link between executives and employees so that they can contribute to achieving business objectives.” According to Nassiri, this requires a better understanding of the coherency within the Group, as well as knowledge of the economic relationships, but also the ability to provide advice and convincing arguments, for example during change processes.

"HR managers work closely with the management where they play an important role in achieving corporate objectives."

During the most recent block in January 2018 in Spielberg, Styria, there was also time for extracurricular activities on the race track.

"The HR Academy is an extraordinary event. This was a great opportunity to not just enhance our knowledge of HR and company strategic goals but also to network with other voestalpine entities. We have developed relationships that would lend support to the various locations as we continue our progressive growth forward, keeping voestalpine one step ahead."