The people behind the digital competence

The Digitalization Competence Center (DCC) which opened on February 16, 2018 provides voestalpine High Performance Metals GmbH in Kapfenberg with an innovative competence center for digital technologies. The team stationed at the center will play a significant role in driving forward the division’s digital transformation and shaping its future.

Who are the employees who will use this new testing and creative space to enable the entire High Performance Metals Division to quickly understand and efficiently apply developments in robotics, sensor technology, and augmented reality? 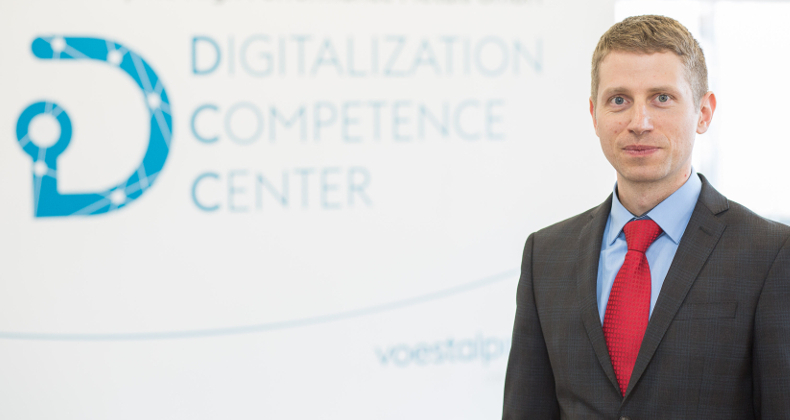 Tilen Marusic has been in charge of robotics (feasibility, applications, and the robotic cluster community) at the DCC since September 2017. It was the know-how he gained while working as a project manager for his former employer Yaskawa, and as a programmer at ABB, that led the mechanical engineer with a background in economics and business to the High Performance Metals Division’s competence center for digital technologies: “My working day involves projects, meetings, and training sessions, because our mission is to support the companies in the division, and to offer an innovative environment which attracts, develops, and retains digital talents.” But the 33-year old is also occupied each day in the search for new developments in the field of robotics: “This is where I can draw on my experience in industrial robotics.” 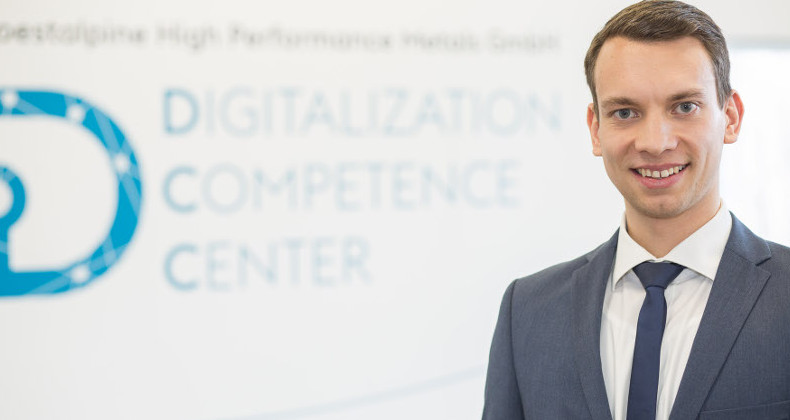 After working at voestalpine Böhler Edelstahl GmbH & Co KG as an automation technician for six years, since October Jahn Berger has been in charge of automation technology for automation & connectivity at the DCC. The 27-year old focuses on conventional topics such as process control and control systems, as well as a variety of digitalization topics including machine-to-machine communication and human mobile assistance systems. And so every day of his first five months has been different: “One day I might be testing a new control technology, the next I’m occupied with project work for one of the sites in the High Performance Metals Division. While we test new technologies in order to rethink or improve existing processes, we also want to develop and implement new business models.”

"Many of the subsidiaries aren’t working independently on digitalization topics, perhaps because they haven’t got the resources or they don’t want to reinvent the wheel, and so the DCC is their perfect partner."

Before coming to the DCC in October to work on automation and cyber-physical systems as an automation engineer, Patrick Kröpfl was a senior PLC programmer at M&R Automation. He was involved in a diverse range of activities, primarily for the automotive industry, but also the electronics and medical industries, and was responsible for a wide range of tasks: from measurement technology and data analysis, communication interfaces, right through to the design of control concepts and integrating robotic applications. The work also involved a lot of time spent abroad, he explains: “It was the varied fields of activity that made me consider a change of career.” The 26-year old is convinced this helps him in his new position: “My days here are extremely varied, partly because there’s so much to do. But we can consult with one another and use the expertise we have here to solve recurrent problems at the individual sites.” 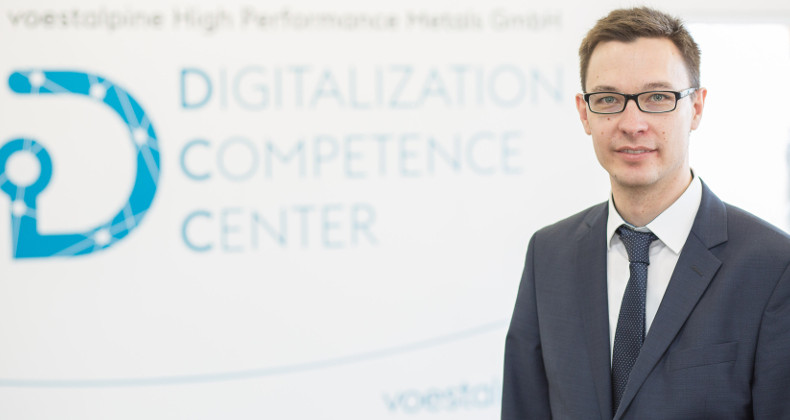 The team in the DCC spends about 60% of its time directly supporting the division companies on their projects. The team members report to Martin Hackhofer, the manager of the DCC. He has been with voestalpine High Performance Metals GmbH for a year and helped set up the DCC. He provides the team with technical support—using all his experience gained in the automotive industry where the IT expert and industrial (mechanical) engineer was most recently responsible for innovation processes and digitization. The 36-year old also helps the team build up contacts with external partners: “Because the team spends 40% of its time on use cases in order to further educate itself and others and keep up to date with the latest advances.

The DCC offers the openness and flexibility needed to work together with the subsidiaries and to develop test scenarios in a protected environment.” 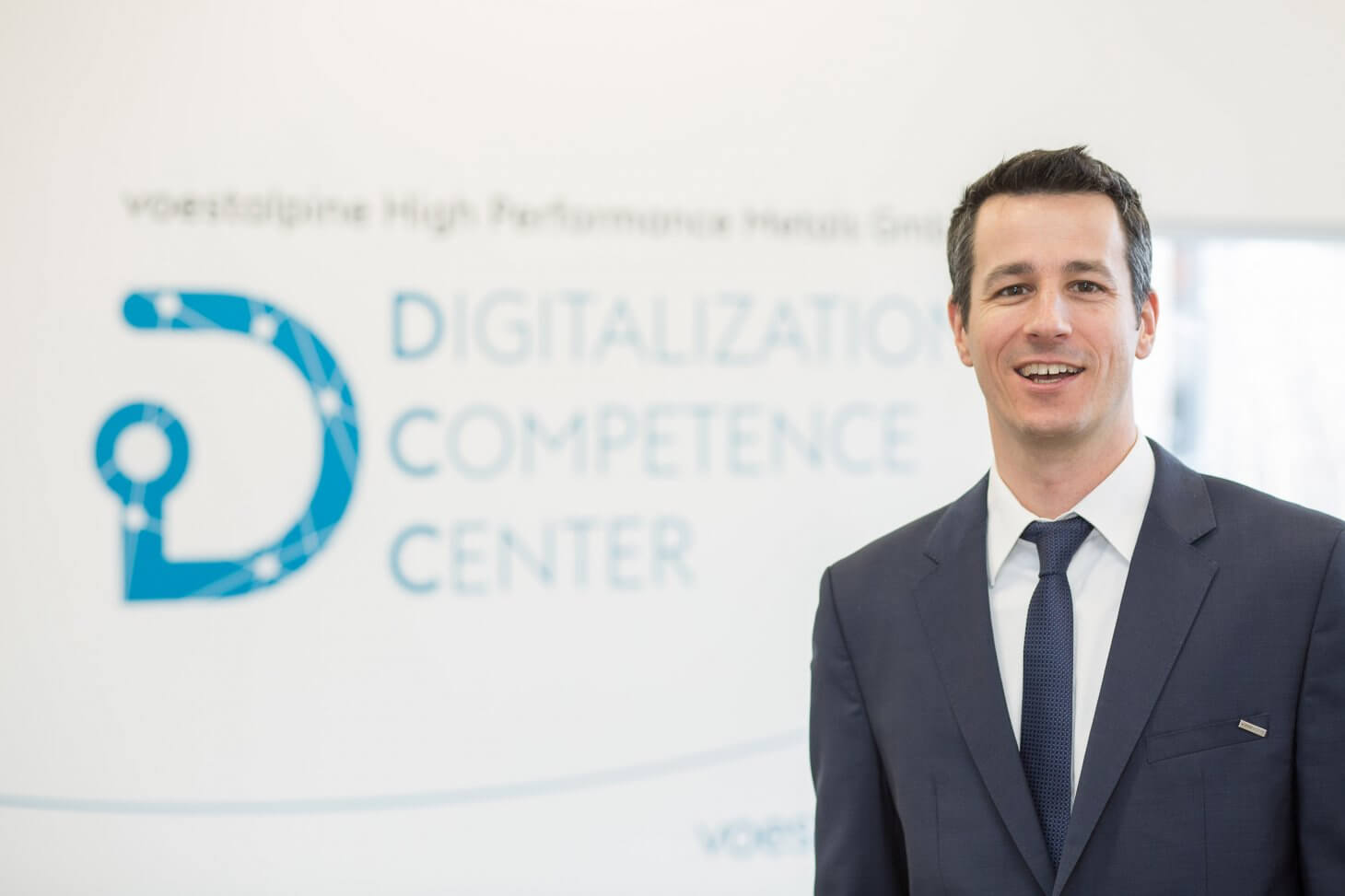 Recognizing digitalization as an opportunity
Michael Eder is the Global Chief Digital Officer in the High Performance Metals Division. He sees increasing process digitalization as evolutionary, although the subject is much broader than many suppose at first glance.
www.voestalpine.com/blog