The A(M) Team behind additive manufacturing

Armin Wiedenegger, Stefan Wallner, and Kenneth Asvik have all played a major role in shaping voestalpine’s entry into additive manufacturing, and have helped, “to create a business out of nothing in a short period of time.”

Major developments often have modest beginnings. They include voestalpine’s entry into the so-called additive manufacturing of complex components using metal powder, which is melted by a laser in special 3D printers to form the desired shape, layer by layer.

In 2013, Management Board member Franz Rotter instructed his former Future Markets Business Development department to examine whether this technology might hold potential for voestalpine. This order was almost tailor-made for Armin Wiedenegger who had then recently joined voestalpine and was part of the Future Markets department. His university background in industrial and mechanical engineering, paired with commercial law and strategic management, were exactly what was called for.

Both, rather than either/or

"We’ll do both.” For Wiedenegger, that decision remains the key milestone to this day: “We have entered the value chain at an entirely different level than in our previous projects. That demands a different way of thinking, different methods, and different processes, because that’s the only way you can create something new."

Important investment decisions were made as early as 2015: to establish the first additive manufacturing center in Düsseldorf, which Wiedenegger helped to set up on site from 2016 to 2018, and for a first powder atomization facility. Stefan Wallner from voestalpine BÖHLER Edelstahl in Kapfenberg is responsible for its trial operations. Directed and fully assisted by this graduate of the Montanuniversität Leoben with a doctorate in metallurgy, the metal powder research facility quickly transformed into its own production facility which Wallner now runs. “The last four years were an exciting and intensive phase for me,” Wallner reflects. “Powder production itself was already well understood at voestalpine, but preparing the powder for the 3D printer was a huge challenge, and one which has brought us experience and know-how.”

Soon the test powders and workpieces were no longer just shuttling between the voestalpine Additive Manufacturing Center in Düsseldorf and voestalpine Böhler Edelstahl in Kapfenberg, but were also heading to Hagfors in Sweden where voestalpine company Uddeholm became involved in the production of powder for additive manufacturing. Kenneth Asvik, who brought with him 25 years’ experience in research and development at a metal foundry and the commercial vehicles sector at Volvo, was nominated as the business developer for this challenge.

For him the key lies in having a clear focus: “You have to know where you’re heading–even when the many and rapid changes in the market often make it difficult to retain this focus. But it’s essential to see the big picture if, like us, you prefer to be the driving force and to lead the market, rather than being driven by others and forced to react.”

Nowadays the “A(M) Team” at the voestalpine Group has finally gone global. With further centers in North America and Asia, aggressively expanded powder production capacities, and, just as planned, already with six-figure revenues from additive manufacturing: “Within just a short time we’ve created a business out of nothing,” says a proud Armin Wiedenegger who is responsible for networking all those involved in his role as coordinator. Stefan Wallner knows the recipe for this success: “It’s the support we get from excellent research and development, which examines new products as well as new technologies for their practicability and benefits to voestalpine.” 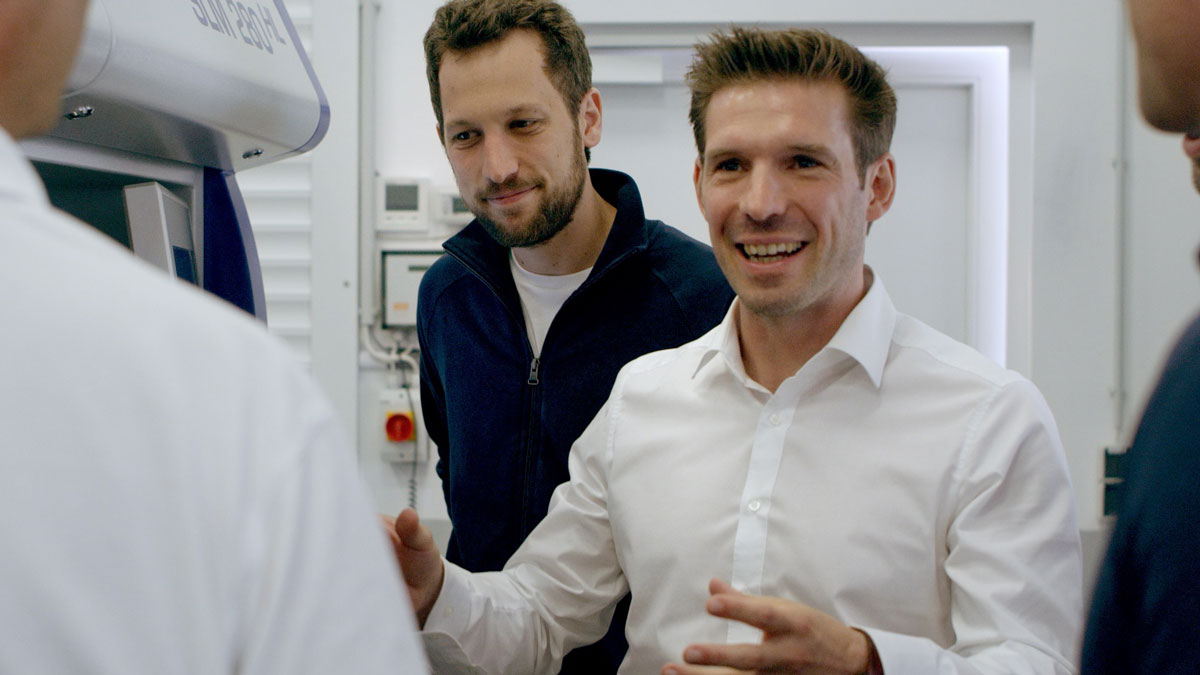