New talent at voestalpine in the UK

voestalpine High Performance Metals UK (vHPM UK), which is headquartered in Oldbury in the Midlands, United Kingdom, has continued to face the challenges of recruiting more talent in the Engineering Sector. The company recognizes that engaging with young people is key to ensuring the talent of tomorrow hears about engineering today.

Its collaboration with training providers and schools in the local area gives the opportunity to demonstrate to young people the benefits and rewards of working in the engineering sector. The company’s ongoing efforts were recently rewarded at The Ladder for Birmingham Apprenticeship Awards through a nomination and its second place win in the category, Medium Employer of the Year. To reduce the skills gap over 20,000 qualified employees would be needed annually for the engineering industry in the West Midlands, the central part of England around Birmingham therefore voestalpine High Performance Metals UK has been promoting new talent in this engineering region of the UK for many years. “We are convinced that the training we offer is of great value to the company but it’s not easy to recruit new talent into engineering,” Bev Smith, Head of Human Resources, explains. The challenges the company faces in the recruiting process are related to candidates’ frequently poor education, low social skills and lack of awareness of engineering and the range of role related to the industry.

Trainees of voestalpine High Performance Metals in the UK.

Getting to know each other

voestalpine High Performance Metals in the UK is well on its way to recruiting new talent for itself. Over the last few years twenty six apprentices have completed an apprenticeship with 13 going on to occupy full-time positions.“This success is due to our cooperation with a number of agencies that help us in our recruiting efforts,” Smith explains. These agencies build platforms for engineering and manufacturing companies in the Midlands with the aim of reaching young people and engineering students at local technical colleges. To kindle students’ interest in a career in engineering and help them develop a passion for the field, the students are invited to gain some experience at the company through workshops, internships and plant tours. The company also participates in workshops and networking events at local schools and training academies. The company most recently had a local school, the RSA Academy, visit.

The company offers trainee opportunities for new talent throughout the business, including areas such as the Service Centre (warehouse), Business Administration, Marketing and Facilities Management. Theory and practice are imparted to the trainees using the learning-by-doing approach. As a rule, one experienced employee is assigned to each trainee with the trainees also spending one day a week at the college. All trainees must take a final apprenticeship exam at the end of their 12 to 18-month training. The training programme is considered wholesome and extremely valuable says Courteney Cleverley (22), Purchasing Assistant, who completed her training in 2016:

"It enabled me to develop professionally, academically and personally because the company gave me both the space and the support to do it."

Joe Stevens (18), who is being trained as a Quality and Technical Engineer since September 2017, had this to say: “What I love about the training is that there’s always something new to learn and the job never gets boring. The company’s attitude toward its trainees is fantastic and it treats everybody fairly and respectfully.” voestalpine High Performance Metals UK also runs a successful graduate training program; three graduates of the program have already been offered full-time positions.

Whilst the workforce in Oldbury largely comprises of long-served employees, according to Bev Smith, “the company knows that new talent is the lifeblood of a successful company’s future.” Currently, the focus is on recruiting four trainees for the Service Centre, who will be trained the “voestalpine way.” voestalpine’s UK team was recently rewarded for its commitment in respect of this as it was nominated for this year’s The Ladder for Birmingham Apprenticeship Awards in the category, Medium Employer of the Year. This prize is given to the best trainees and the people who help them succeed. The UK team won second place on July 4th at the Edgbaston Stadium—an excellent result! “We firmly believe in the value of the training and will continue to really push it,” says Bev Smith happily. 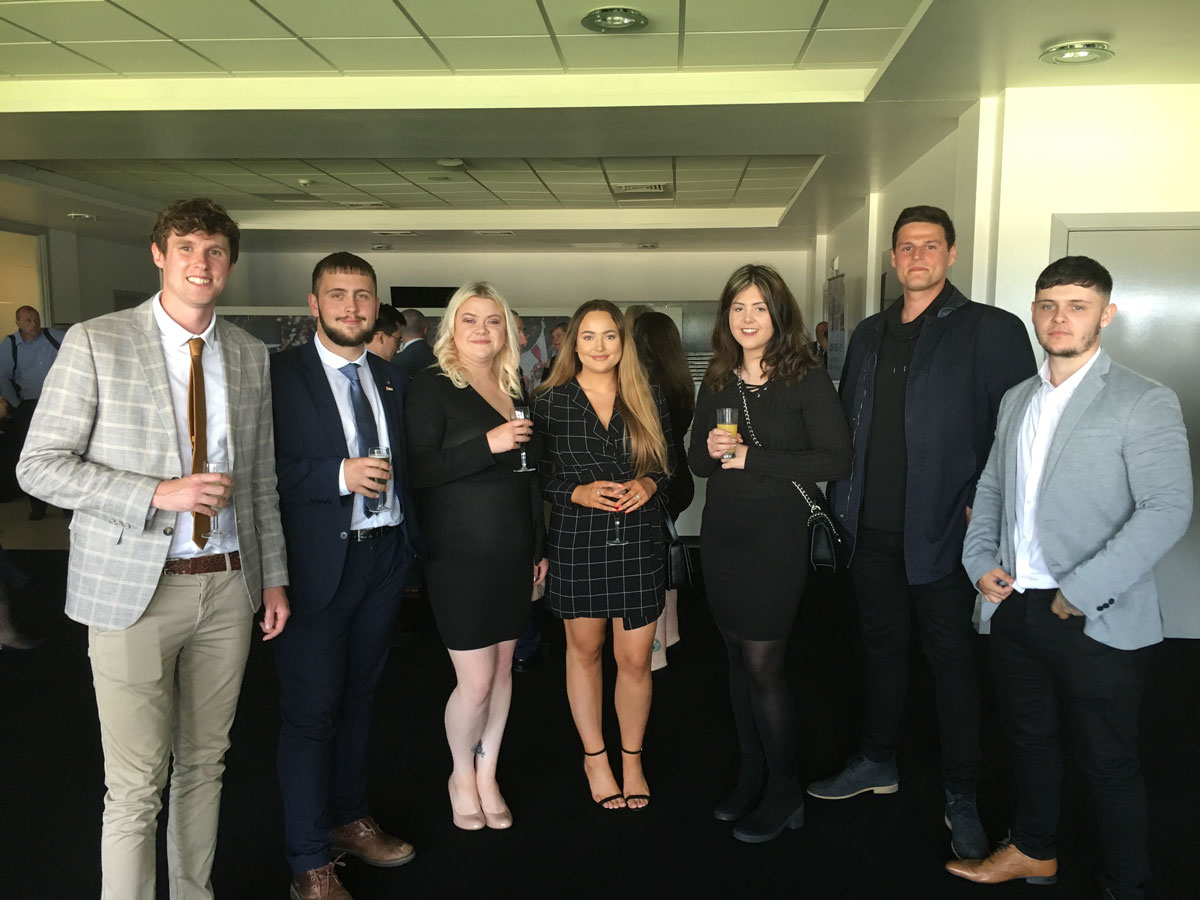 A great achievement for both the trainees and their trainers on July 4th at the Edgbaston Stadium in Birmingham: The nomination and the second place win in the category, Medium Employer of the Year, at The Ladder for Birmingham Apprenticeship Awards.