After arriving at Uddeholms in Hagfors, Sweden, in 2001, one year later Cecilia Johnsson stepped into the shoes of the former environmental manager. She quickly realized just how much could be achieved in this role, particularly considering that the environment is a focal point for the management board throughout the company, and that ambitious colleagues help implement environmental goals. 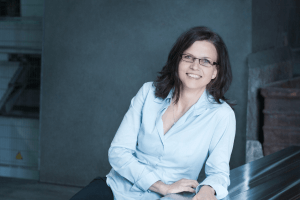 “I can have a significant impact as an environmental manager” 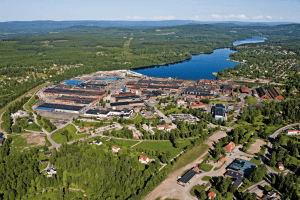 And so Cecilia joined Uddeholms in 2001 to begin her one-year trainee program. More precisely, under the environmental manager she was to succeed. “Ingvar Hedman was a great person, and taught me a lot. An amusing aside: when he was starting working at Uddeholms, I was just 3 days old!” Cecilia quickly realized that she had made the right decision in coming to Uddeholms. “An environmental manager can do a lot to improve the environment, particularly at a modern international industrial enterprise such as Uddeholms. In our job we not only ensure that our company operates in accordance with the statutory environmental regulations and continues to make advances in this field. But the real challenge lies in turning our own, very ambitious, environmental goals into extra opportunities for our company.” 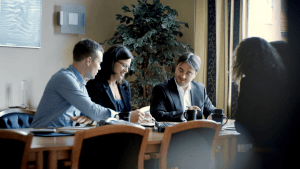 Cecilia’s job is an exceptionally fascinating one in many respects. One reason is that she is constantly required to find solutions in cooperation with colleagues in other departments and areas of the company. “We also work on amazing visions. Such as planning to convert entirely to biogas in a few years. Which means zero carbon footprint. However, success relies somewhat on the Swedish government and its ambitions for enabling biogas to be produced and sold at realistic prices. But already we are one of the steel mills with the lowest level of dust emissions in the world, the result of recent investments in an exhaust gas system in the steel mill. Besides, we’ve developed a sustainable management system for residual materials. That’s why I always say that Uddeholms is also one step ahead when it comes to the environment.”

Cecilia Johnsson expects that sustainability and industrial environmental protection will become increasingly important at all levels in future. The focus will shift more towards the product life cycle as a whole, as well as the ecological footprint.

Cecilia Johnsson also appeared as the “brand heroine” in the 2012 voestalpine image and brand campaign. Here you can see the TV commercial broadcast at that time: