Support for electromobility from Nagold

As the head of the compacore® team, car enthusiast Senad Sulejmanovski in Nagold ensures that the advanced components for electric motors produced by voestalpine Automotive Components roll off the production line according to schedule.

Located between the Black Forest and Stuttgart, Nagold has everything that a flourishing small town with 20,000+ inhabitants needs: a chamber orchestra, a municipal gallery of modern art, and a whole range of secondary schools, both vocational and academic, as well as an academy run by a German textile retailer. A local record label has been producing hard-core music for decades, while hard-core is also a good description of the steel products being turned out by voestalpine Automotive Components. Here in Nagold the company operates a site where it manufactures products including innovation prize-winning compacore® lamination stacks which raise the efficiency of electric motors.

It is Senad Suleymanovski’s task to ensure that this pioneering product leaves the production line according to schedule. As head of the compacore® team, the 34-year old is responsible for upholding the production sequence. 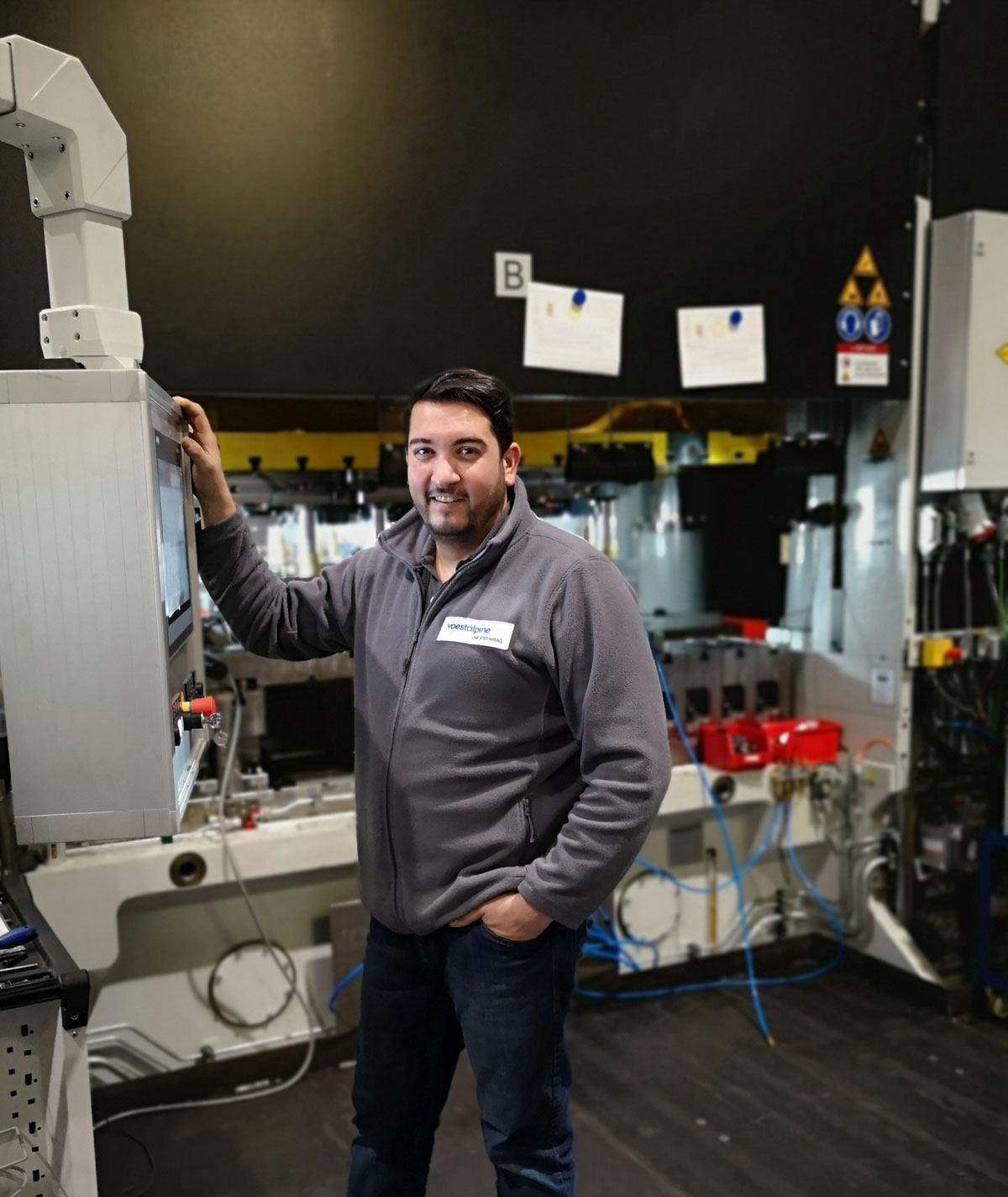 He is also in charge of optimizing the production processes, managing his team, and allocating human and technical resources. Born in Nagold, Suleymanovski has worked at voestalpine since May 1, 2011, because, as he reports, “my brother worked here before me, and only ever had good things to say about the company.”

“Electric cars are the future”

Originally taken on as a machine operator and setter in production, in 2014 he was promoted to head of production for the rotating shift. In 2016 he advanced to become head of the night shift, before taking over the management of the compacore® team on June 1, 2018. He values the positive working environment—to which the metal construction technician himself contributes considerably—as well as the feeling of doing something truly worthwhile: “Electric cars are the future, because they reduce the negative impact on the environment,” says Suleymanovski, who has already considered buying an electric car for his relatively short commute to work. It’s a consideration that he has shelved for the moment, “because it only makes sense in combination with my own photovoltaic system.”

Cheering at the Hockenheimring

However, he remains convinced that electric cars are the future:

"I assume that because of the strict emissions regulations and environmental zoning, a lot of people will soon be considering a shift to electric vehicles, whether scooters, cars, or bicycles."

But until electromobility has supplanted the combustion engine, and despite his professional commitment to electric vehicles, Suleymanovski still indulges his passion for traditional motorsport. But the head of the compacore® team admits that Formula One interests him far less than DTM (German Touring Car Masters) which he has often followed from beside the circuit at Hockenheim. Suleymanovski is naturally aware that his employer has entered the racing business as a new sponsor of Formula E:

"It’s another good reason for me to watch one of these races soon, and see for myself how electric motors perform in motorsport."