Review of an eventful Formula E weekend in Paris

The day had finally come, and our Super Fan Tobias Wolfmayr had made it to Paris to see the Formula E race in person. This article describes what he experienced there and what fascinated him the most.

On Friday, 26 April, my partner and I flew to Paris from Vienna. We were accompanied by members of Group Communications and influencers who were responsible for external reporting. After a short stop at the hotel, we went straight to the race track: The special thing about all-electric racing is that the courses wind through the middle of cities and lead past some famous landmarks like the Eiffel Tower, an attraction that was almost always in plain sight. Many have said that you can compare the Formula E race with a sightseeing trip. 😉 The track itself, also known as the Circuit des Invalides (named for a home built in the 1700s and used as an infirmary for soldiers injured during the war ), I’ve been told is one of the shortest tracks (1.9 km) of the entire Formula E season.

Once we arrived at the race track, we were privileged to get some amazing glimpses behind the scenes. After visiting the media center, a meeting point for the journalists (all of whom were raving about the atmosphere in Paris), we were permitted to have a close-up look at the pit lane. Here we met Belgian Formula E driver Stoffel Vandoorne (from the HWA Racelab team), who was nice enough be in some pictures with us and chat with us for a while. When I asked him if he was nervous, he stayed cool and simply said no. He said he was actually looking forward to the race. In light of the ranking, you can imagine that his pulse must have been racing even though he remained so calm. 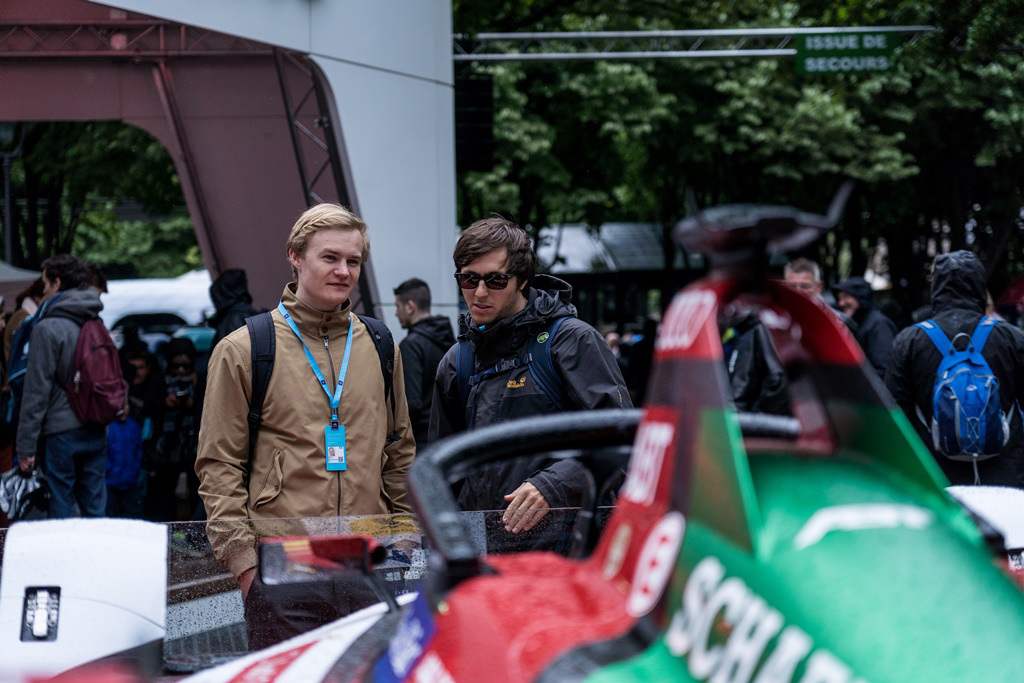 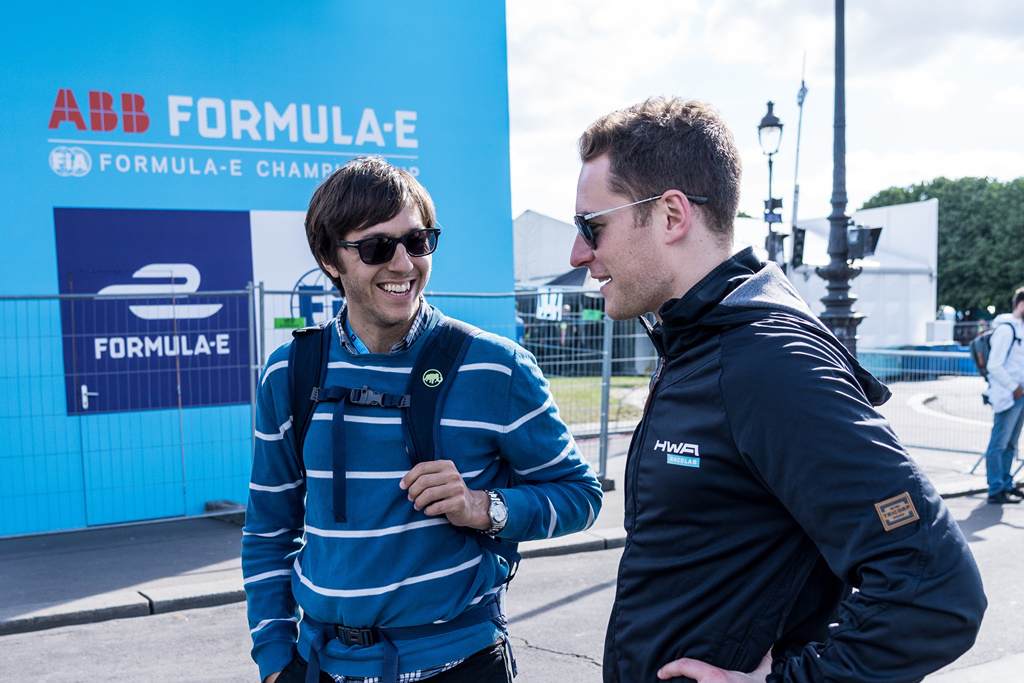 To start the rest of the day off right, we enjoyed a big breakfast, something the French call petit-déjeuner. Our next activity on the day’s agenda was a visit to the Tour Montparnasse (200 meters high), which we climbed to the top to enjoy a wonderful bird’s-eye view of the city and the race track. This is where we were able to see how the weather would be playing a decisive role during the day. The influencers also enjoyed the views as their SLR cameras clicked away without stopping. ;-)! 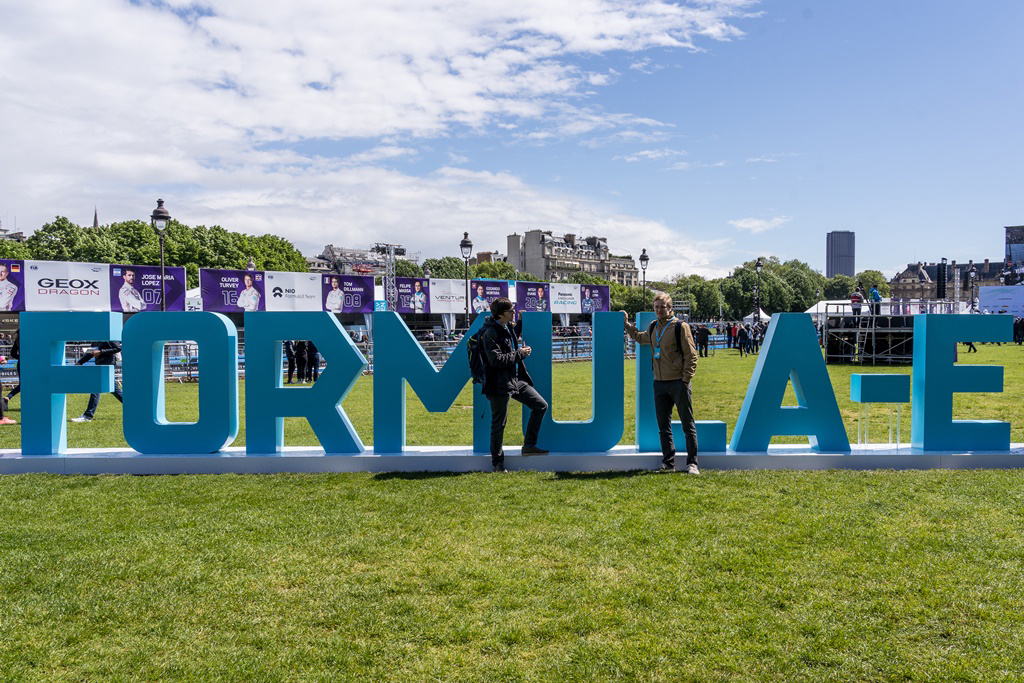 We had to hurry back to the race track because time was running short, and there were still many things for us to do. Qualifying began at 11:45 a.m., and Pascal Wehrlein of the Mahindra Racing team posted the best qualifying time, but his excitement was short-lived because he had to start in last position because of a rule violation. The thing that really made us happy was that Max Günther, a driver who had already participated in the presentation of the Gen2 car in Linz, started the race in fifth position.

After qualifying had completed, we made good use of the time until the race to visit the E Village, a special experience with festival character. Various stations in the E Village presented the latest innovations in e-mobility, and visitors were given the opportunity to try the innovations out with simulators. The culinary delights were enjoyed in a place called the Taste Zone.

Afterwards we made our way to the grandstand, where we had a very good view of the race and where we let everyone around us know how excited we were. Formula E celebrated a premiere at this E-Prix: It was the first rainy race in the history of the racing series that began in 2014. According to the experts, this was the most exciting race because of the weather, rain that alternated with sunshine, hail and stormy winds. 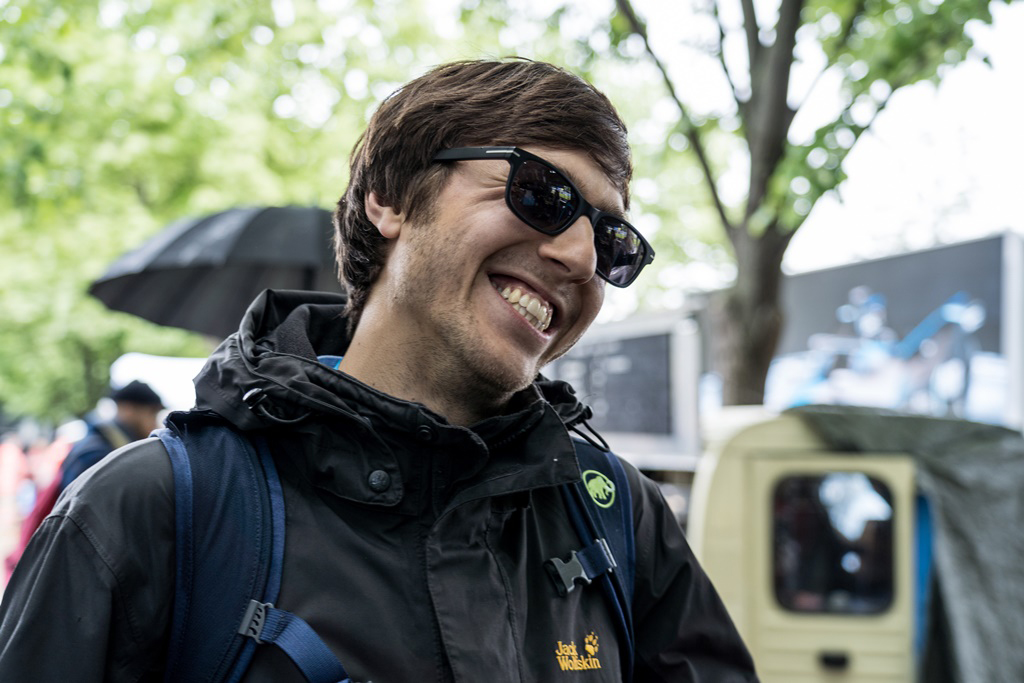 As in the previous races of the season (seven winners in seven races), a new winner emerged in the eighth race: Robin Frijns (Envision Virgin Racing) of the Netherlands took the podium followed by André Lotterer (DS Techeetah) and Daniel Abt (Audi Sport ABT Schaeffler) in 2nd and 3rd places, respectively. Stoffel Vandoorne took place 20 out of 22. Hopefully we didn’t distract him too much from his preparations with our photo session. 😉 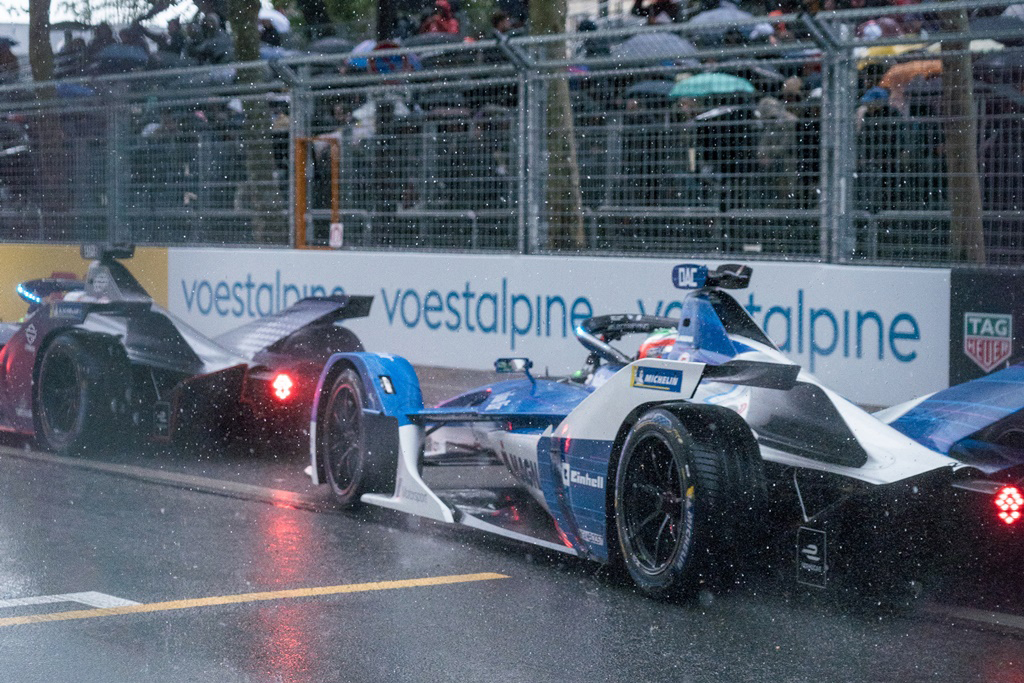 This was the first Formula E race that I have ever been able to witness first-hand. It was especially interesting to me to have a glimpse behind the scenes. I had the impression that the drivers were not only competitors on a racetrack but colleagues from the perspective of new technology. I felt like we were driving technology forward together.

Thanks to voestalpine for an opportunity to witness this Formula E race, for the time I was able to spend with the influencers and for the outstanding French cuisine. I enjoyed it all very much! 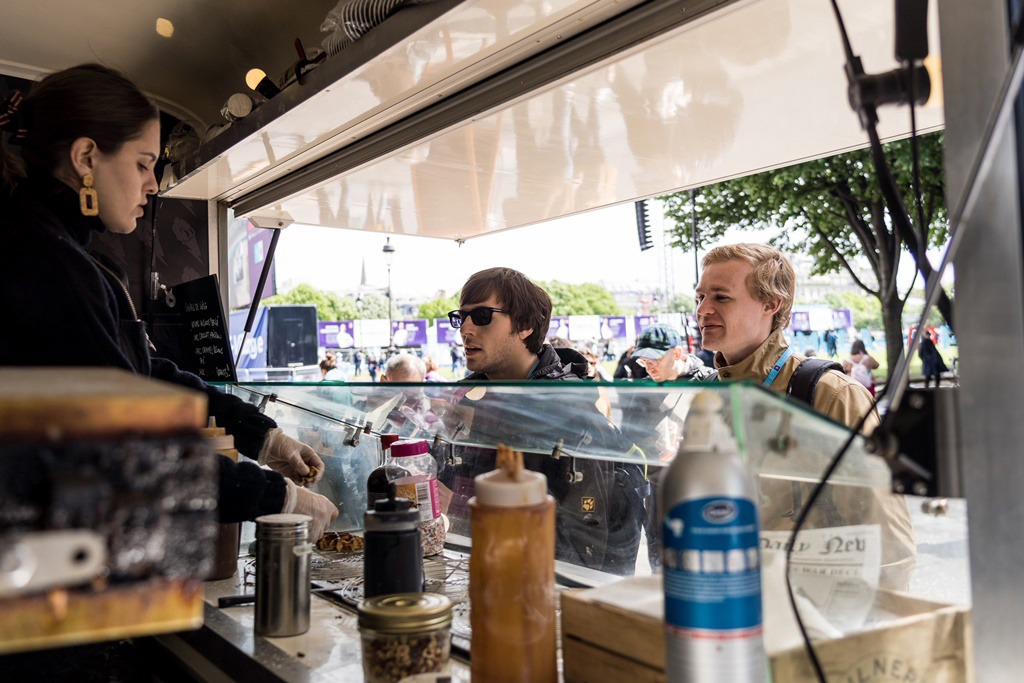