Simone Laskowski and Armin Meier have a lot in common: they both have a role in the new voestalpine image campaign. And they are both "one step ahead" in their daily work – in the truest sense of the word – since they both work in prototype construction at voestalpine Automotive Components Schwäbisch Gmünd GmbH & Co. KG.

Step by step, one by one: before components for automobiles are produced in high volumes, they go through prototype construction – a kind of “test run” for later series production. This is where the fenders, doors, hoods, A and B pillars and any number of other structural and safety parts are prefabricated in small quantities – up to 400 units in Schwäbisch Gmünd – to prove their suitability for series production. It’s no easy task. Constructing prototypes requires a lot of know-how and highly skilled craftsmanship.

"We have to start from scratch for every new order, which is both fun and a challenge."

Profound knowledge is one thing, but that alone is not nearly enough. “The first prototypes must be delivered within ten to twelve weeks after we have received the specifications from our customers. That means we have to be really fast,” says Armin Meier (55), who has been on board since 2003. As head of production and design in prototype construction, he knows that only well-coordinated teams perform successfully in the fast-paced prototype business. The 45-person team in Schwäbisch Gmünd is just such a team: once the relevant data has been received from the customer, things move swiftly. 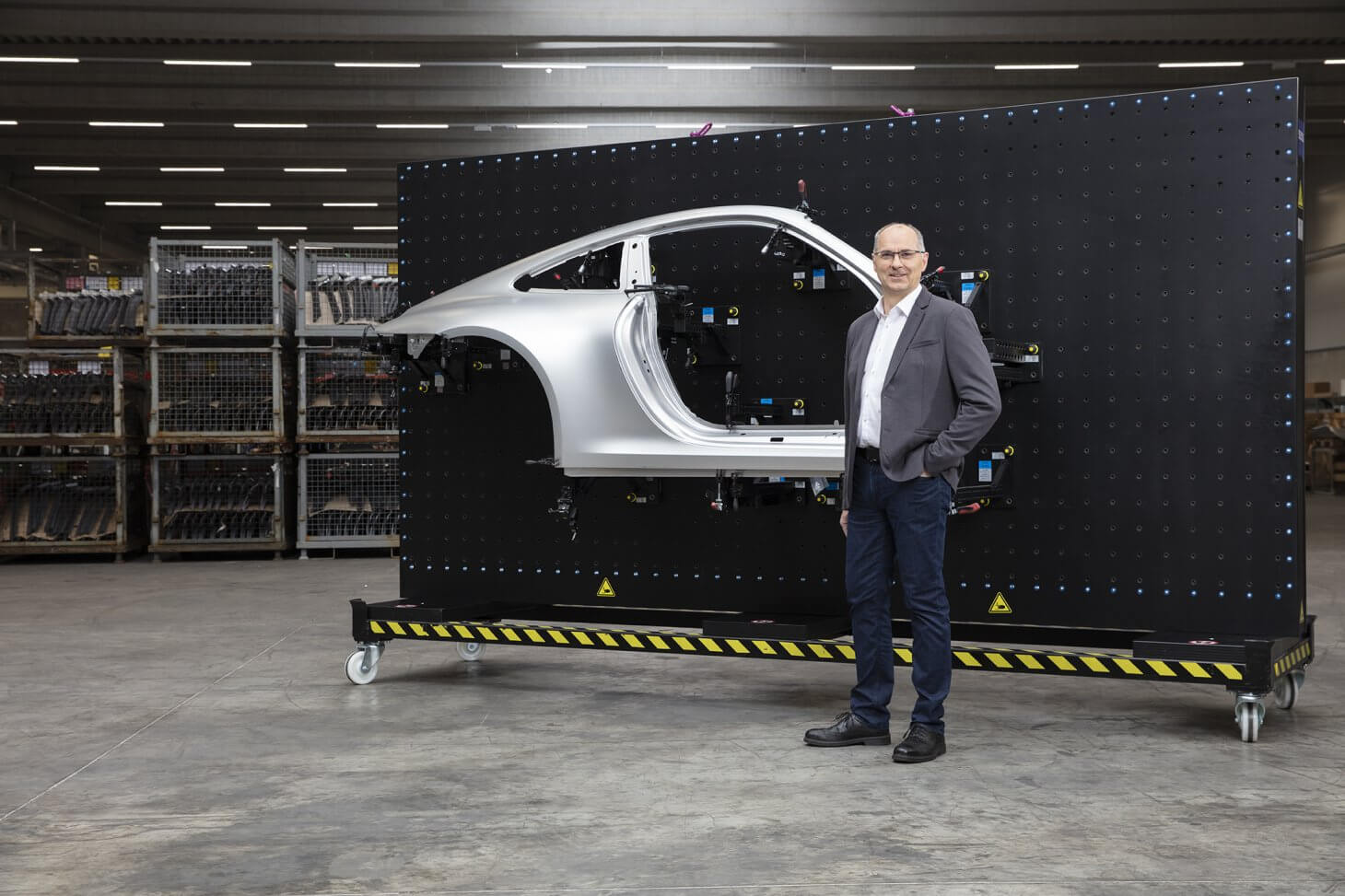 Armin Meier is at home in prototype construction. At home his time is devoted to his wife, his son who is now finishing up his university studies, and his garden.

The design engineers simulate the component on a PC, the tooling professionals provide the tools, and employees at the three in-house presses begin forming and manufacturing the prototype as quickly as possible – with support from quality assurance, of course. Close coordination within the company and with customers is the order of the day. “In our company, all areas pull together and work hand in hand. We have a small, effective team and a family atmosphere. In addition to the business side, the human side is also a good fit, which I appreciate very much,” emphasizes Simone Laskowski (41), a certified industrial forewoman and project manager in prototype construction. 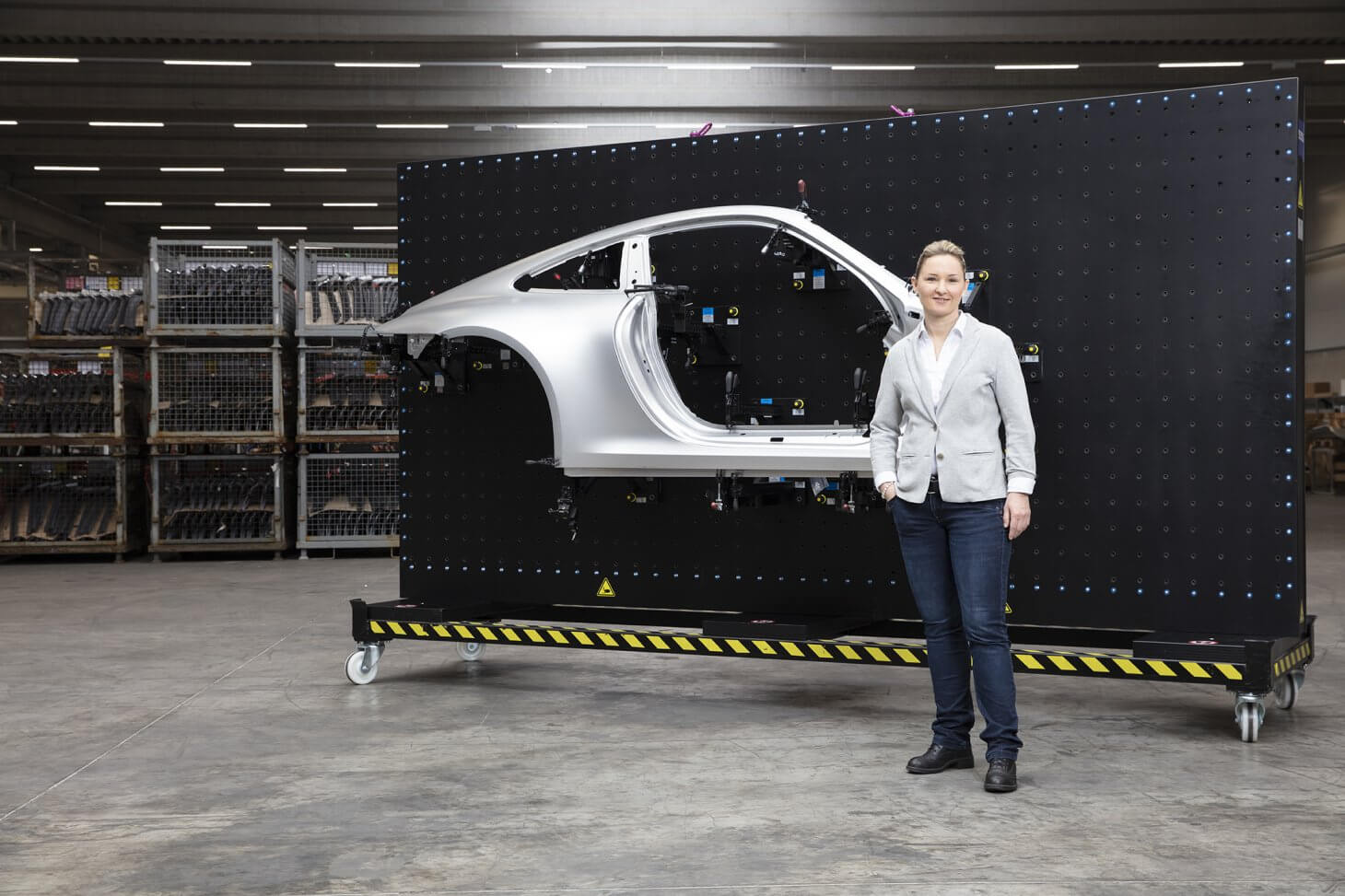 Projects are Simone Laskowski’s profession. At home, however, her attention is focused on her four-year-old son. And she also makes time for exercise.

What Simone Laskowski also really enjoys about her job is the variety. No two prototypes and no two customers are the same. The preference for variety is just as distinct for Armin Meier and all the others in the team: “We have to start from scratch for every new order, which is both fun and a challenge,” said Meier. Prototype construction is also a kind of “field for experimentation” for the phs professionals from Schwäbisch Gmünd as well as the entire Metal Forming Division. “The colleagues come to us from time to time with tasks aimed at enhancing their highly innovative products. We are of course happy to help and meanwhile collect valuable input for our work,” Armin Meier said.

"I've always enjoyed learning. And I have always been lucky enough to have supervisors who supported me in my development."

One thing that applies to all areas at voestalpine Automotive Components Schwäbisch Gmünd GmbH & Co. KG is especially true for prototype construction: the experience of the people in the team is an important basis for success. Take Simone Laskowski, for example, who has been with the company since 1996. After her apprenticeship as a toolmaker, she worked at various jobs at the location – and she is still benefiting from that today. “I’ve always enjoyed learning. And I have always been lucky enough to have supervisors who supported me in my development,” Laskowski said. Armin Meier’s management job in prototype construction also has a solid foundation. He began his career with an apprenticeship in body construction in Stuttgart and then refined his expertise in automotive and prototype construction over the years. Step by step, one by one.